On Monday 29th November, we ripped out the kitchen in the first two pictures, and tackled a lump in the floor, which we smashed out, and re- concreted.
On the Tuesday, I spent a couple of hours counter battening, and levelling the ceiling, which was 2 inches out of level. On the same say, the kitchen was rewired.
On Wednesday, the plumber did his alterations, which included re-routing some pipes, so there were no pipe boxes (a pet hate of mine). I plasterboarded the ceiling that afternoon. We draught proofed too.
On Thursday, the kitchen was completely re-plastered.
We then disappeared for three days, while the plaster dried.
The kitchen was delivered on Monday 5th December.
Over the next five days, the kitchen was fitted, all plumbing and electric work, finished, radiator swap and new flooring. I even made some shelves under the stairs so Annette has somewhere to store her home made jams and chutneys! They’re fabulous. She sells them in an honesty box! 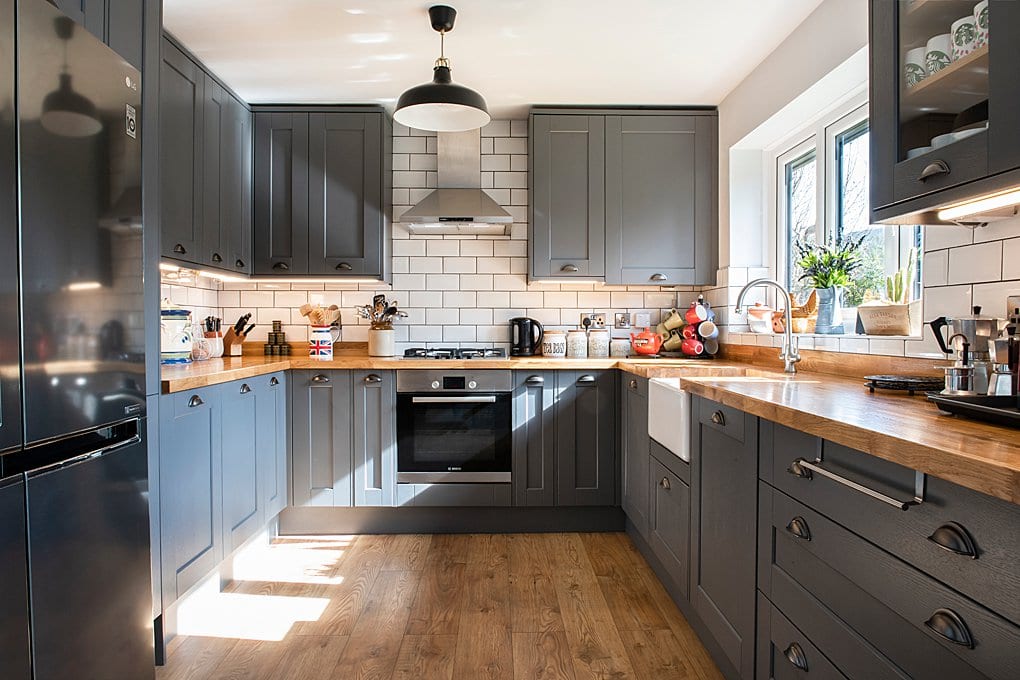 We removed the kitchen, dropped the ceiling, re-wired, altered the plumbing including the main water supply and re-plastered throughout... 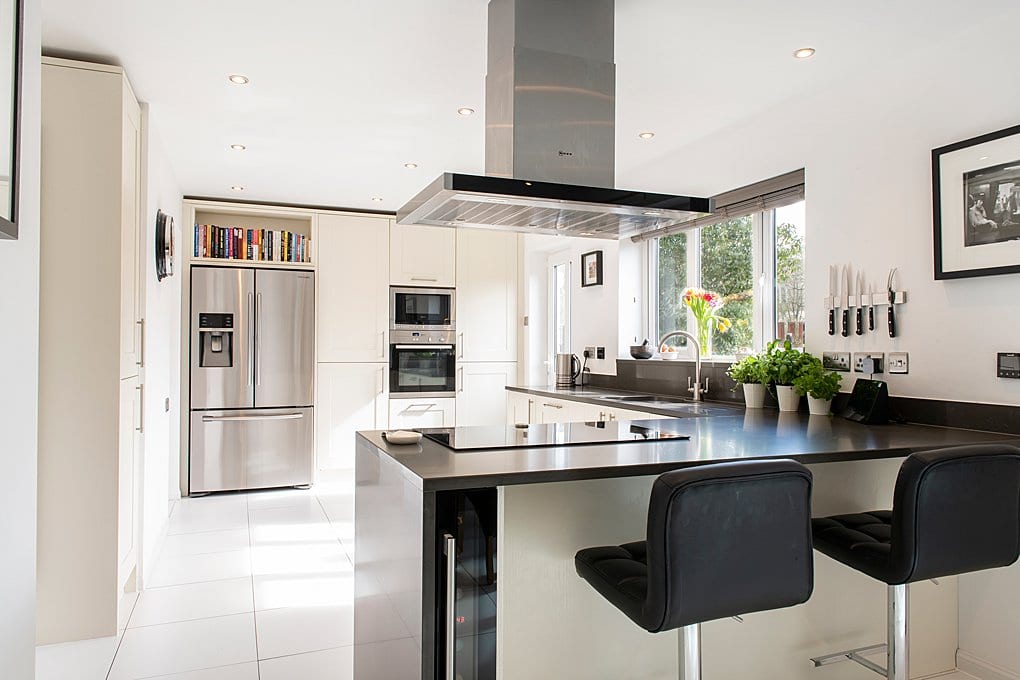 This 90s built house had three rooms to the rear.  The new owners of the property decided to go for a complete re-design so the original fairly new kitchen was carefully removed... 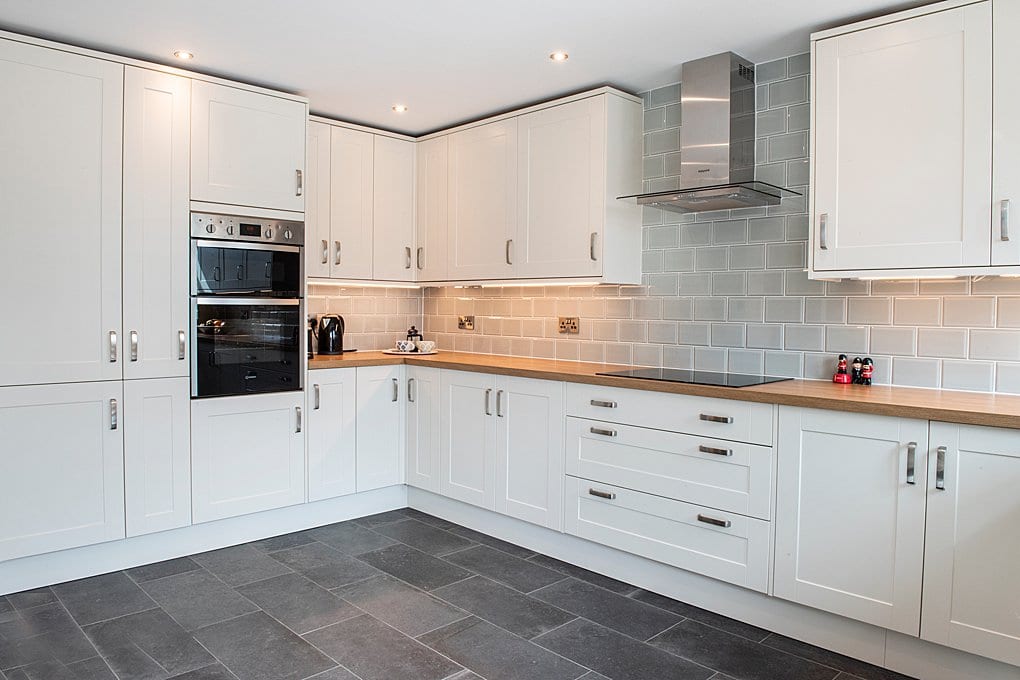 The customer contacted us and we gave options for design and layout. In the end we moved things about and created a wonderful bright space with lots of natural light.